100 Seconds to Midnight – The Project Twins 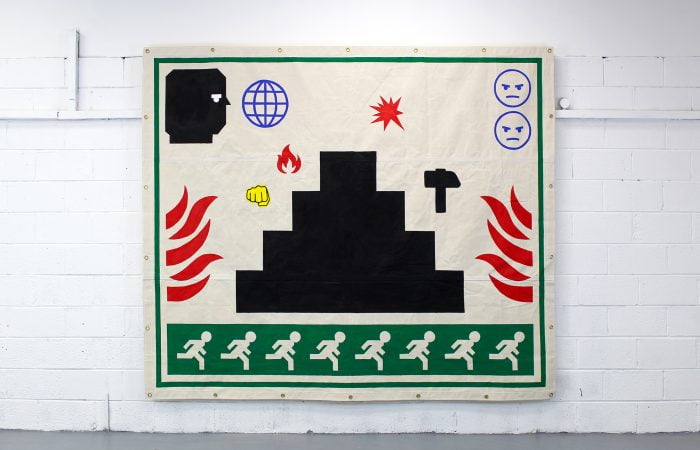 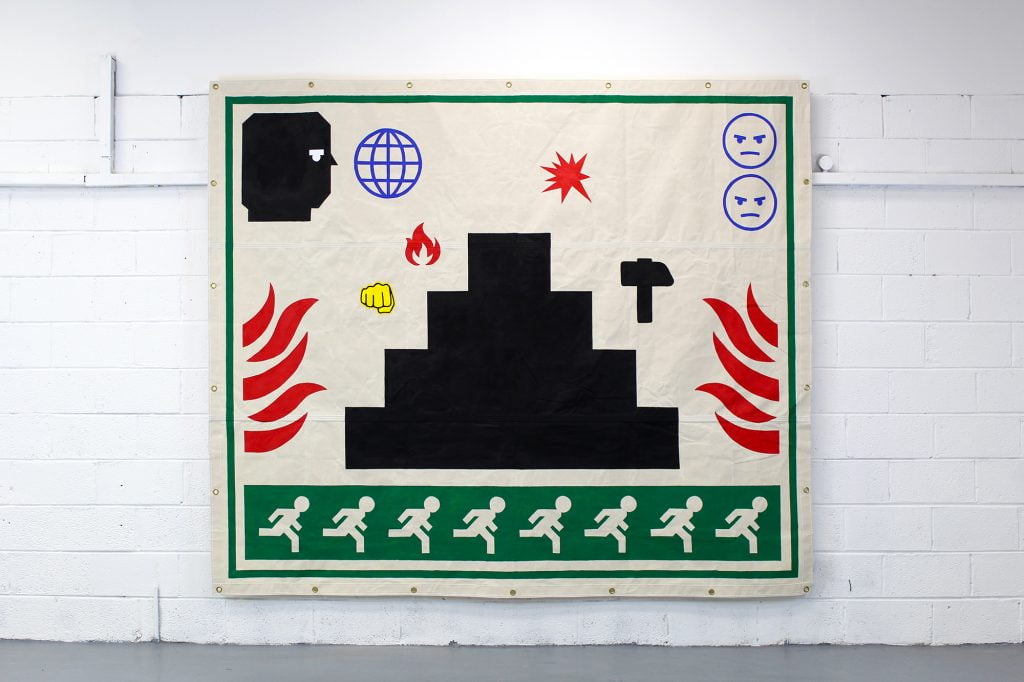 The Project Twins upcoming exhibition ‘100 Seconds to Midnight’ presents of a series of large-scale paintings on tarpaulin. Employing minimal forms and graphic shapes, their work is rooted in the visual language of signs, symbols and pictograms which can be found in various systems of propaganda and control to communications and way-finding. Their visual lexicon, consisting of grimacing faces, fist pumps, explosions, hammers and various graphic forms, populate the canvas in a highly composed and stylised manner. Rendered in a hard edge style, reminiscent of utilitarian art movements such as Russian Constructivism and Soviet Poster Art, the work appears to directly communicate while also retaining a sense of ambiguity, allowing for interpretation and inquiry. The use of humour and repetition creates a playful sense of absurdity, taking a wry look at various themes including a growing sense of anxiety, power structures, nationalism and identity.

The Project Twins are a Cork based collaborative art duo. Their practice is multi-disciplinary, spanning painting, print-making, design, illustration and three-dimensional work. They have exhibited in the Irish Museum of Modern Art, The Glucksman Gallery, Cork and TULCA, Galway, with works held in the permanent collections of The Glucksman Gallery, UCC, The OPW and the Zuckerman Museum of Art, USA. They have completed several large scale public and private art commissions, the most recent being a Percent For Art Commission at Bunscoil Rinn an Cabhlaigh, Cobh, Co Cork. Alongside their fine art practice they regularly produce editorial illustrations for an array of international newspapers and publications. Their work has appeared in The Guardian, The New York Times, TIME and The Economist amongst others. With a focus on politics, economics and social work they produce concept driven illustrations which responds directly to the themes within the articles. They are interested in the crossover of disciplines and how they can influence and inform each other. 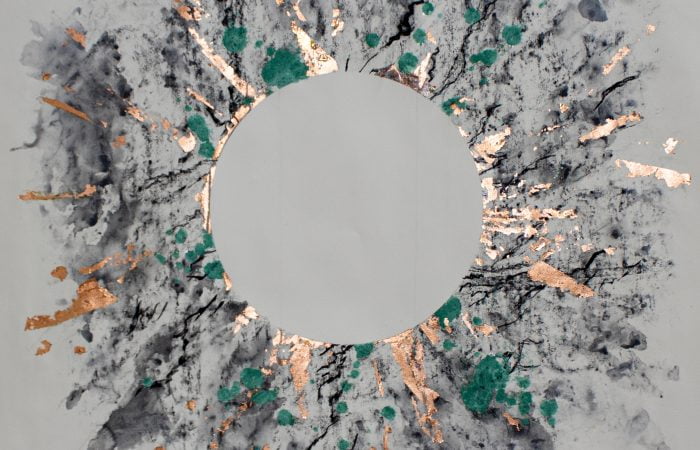