AS SHE CLIMBED ACROSS THE TABLE 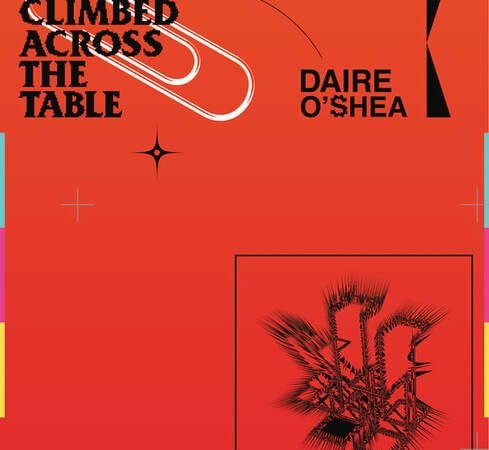 As She Climbed Across the Table’ takes its title from the 1997 Jonathan Lethem novel of the same name. Both the novel and the exhibition are interested in exploring the relationships between humans and objects and objects and other objects.
Human bias and its tendency to interpret the most basic of physical realities and imbue them with literary or even romantic meaning is a fertile area of exploration for the artist. As a self-proclaimed Materialist, Daire O’Shea is dedicated to exploring how tensions can be created and resolved between various forms and material properties. How materials communicate with one another through physical interaction and how humans communicate and respond to these dialogues.
These sculptures and drawings are the physical manifestations of Daire’s research into the philosophical school of Object Oriented Ontology, the 2014 heyday of post-internet art, the slow, relentless deadening of the soul at the hands of infinite scroll timelines and the physical properties and limitations of various construction materials.