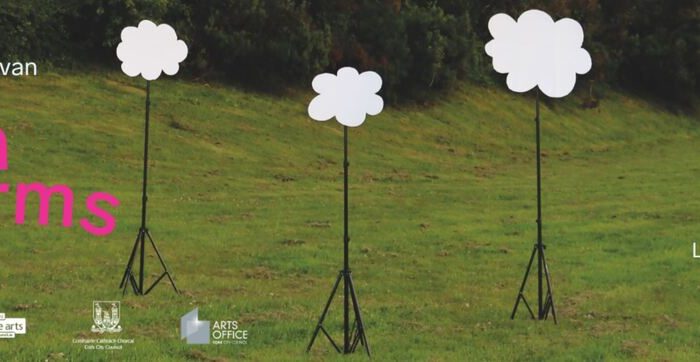 ​Elinor O’Donovan (b. 1995) is a digital media artist currently living and working in her home city of Cork. A self-professed “meme expert”, her work is typified by colourful digital collages and paintings, drawing inspiration from internet culture, cartoons, and video games. In her work, she investigates methods of translating digital culture into the physical gallery space, playing with tropes of internet humour and meme image creation. She works from a pirated version of Photoshop on her ancient laptop, and often brings her work from this space into the gallery space in the form of large-format prints. She studied Intermedia Art at Edinburgh College of Art, graduating in 2019 with first class honours. While at university, she exhibited work in locations throughout Scotland.

Artist Statement:
“I saw The Simpsons parody of ‘The Shining’ –The Shinning– years before I saw the original. Before I watched Kubrick’s ‘The Shining’, my preconception of the film was a bizarre amalgamation of pop culture references; bits and pieces of the original film, like Jack Nicholson with an axe and his psychotic “heeere’s Johnny” grin, and the little boy pedalling a tricycle around the Overlook hotel, mixed with Simpsons lines like “No TV and no beer make Homer something something”. I knew the film involved something about a psychic child and a sympathetic groundskeeper– in The Shinning, they were Bart and Groundskeeper Willie. The Simpsons parody offered me enough information about the Kubrick original that it could fill in ‘The Shining’ gap in my cultural knowledge so, when people referred to the movie, I more or less knew what they were talking about despite having never seen it.

In a broader sense, culture helps us to navigate the world. Film, TV, music, jokes, language, games, memes etc. all fill in the gaps in our cultural knowledge, offering various shortcuts and explanations for what the world is and why it is. For me many of those cultural shortcuts came from The Simpsons. For the sci-fi novelist Jonathan Lethem, cinema was the thing that helped to “explain what it was to be conscious, nervous, mixed-up, hungry–to be a body born involuntarily into history”. In his ‘State of Cinema Address’ at the 55th San Francisco International Film Festival in 2012, Lethem said that we are all born into the chaotic primordial soup of culture, where cultural references refer to other cultural references in “a Plato’s cave of flickering shadows indicating the presence of deep cultural facts”. No one is given instructions on how to navigate this cultural quagmire, you simply get along by consuming the books, or cartoons, or records, or–well, you get it–that you consume. Each cultural reference you take in is another overlook from which you might navigate the next reference.

While preparing for this exhibition, I had been thinking a lot about the ‘digital divide’– the perceived separation of the internet from the ‘real world’. The myth of this divide stems from the public imagination’s grip on the idea that the internet is the separate realm of 1990s ‘cyberspace’; a Matrix-esque virtual world built from green and black binary code; where anonymous text-based online communities permit anyone to intrepidly explore endless identities and possibilities, impeded only when someone at home wants to use the landline and the modem has to be switched off. Of course, the internet was never separate from the ‘real world’,
and internet culture is still as affected by the ‘real world’ as much as the ‘real world’ is affected by internet culture. Echoes of 1990s internet culture persist in, for example, the plausibility that your online persona might be completely different from who you are offline, or the anonymity of internet trolls, or the hackability of an entire nation’s health service executive. These echoes contribute to the myth of the digital divide, however porous and indistinct the boundaries between the two realms might really be. The work in ‘Brain Worms’ is situated somewhere in this porous, leaky digital divide. In ‘Brain Worms’, internet cultural references (like memes, viral videos, stock images) meet offline cultural references (cartoons, theatre sets, film tropes). The term ‘brain worms’ is itself a meme –people use it to describe bouts of utter stupidity. This exhibition is autobiographical: it’s a product of my own brain worms –the ones who have spent a lifetime (mine) making mental compost of the cultural forms I have consumed, turning references to mulch. If the work seems a bit stupid, that’s because it is. The brain worms made it so.” 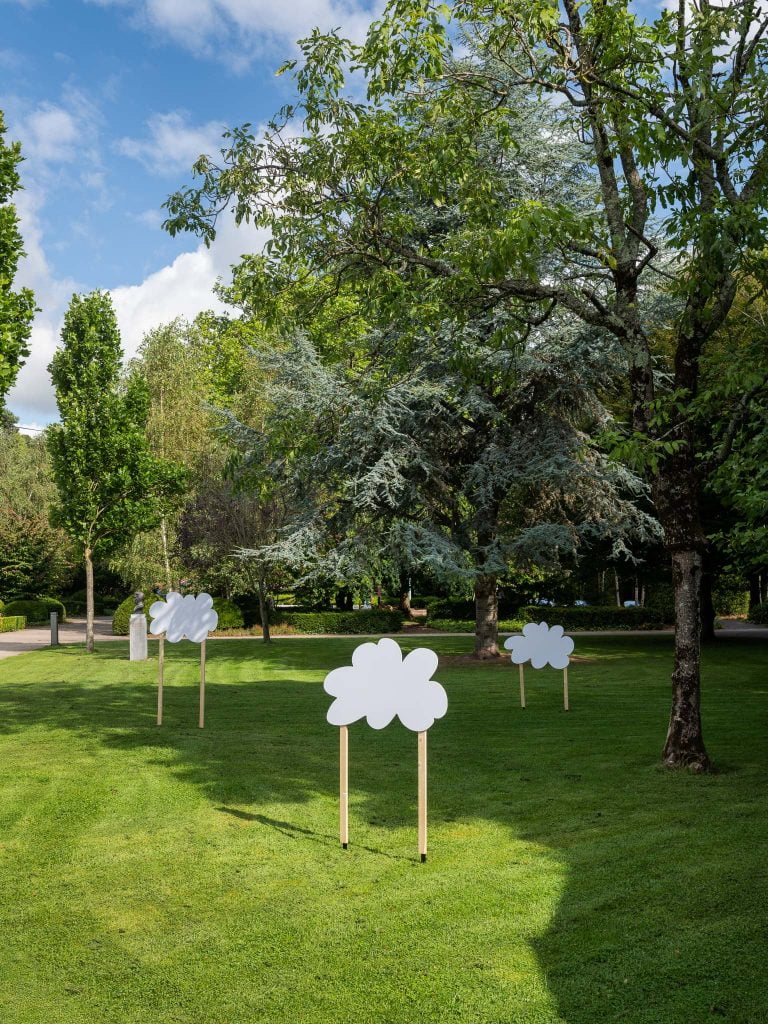 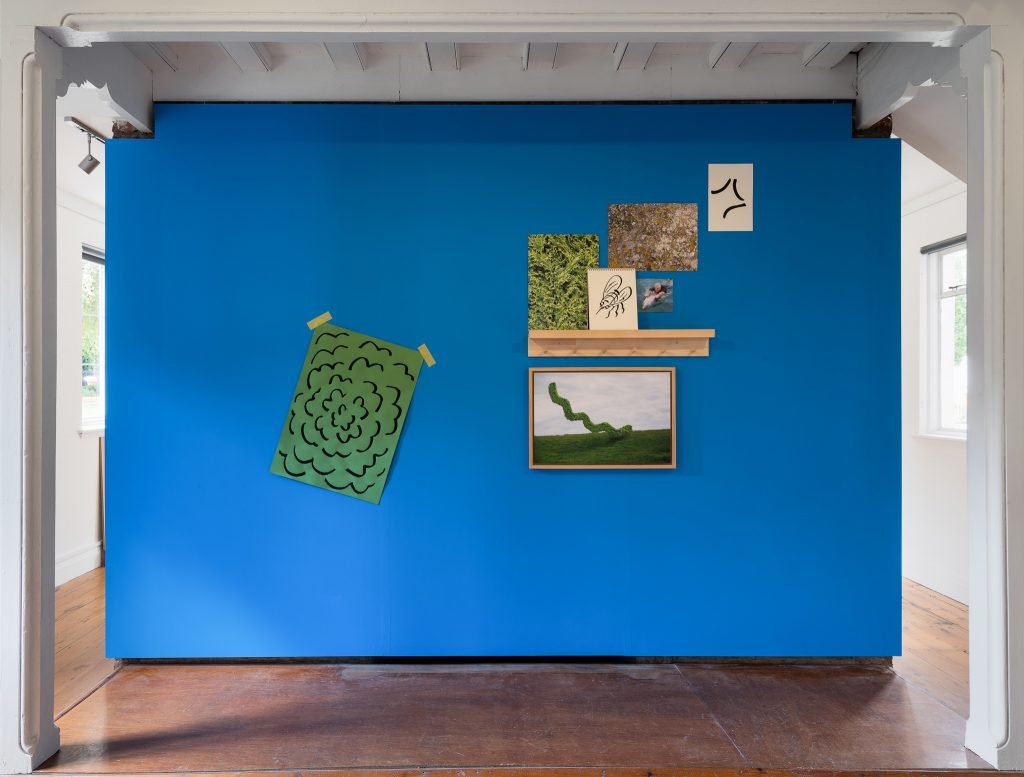 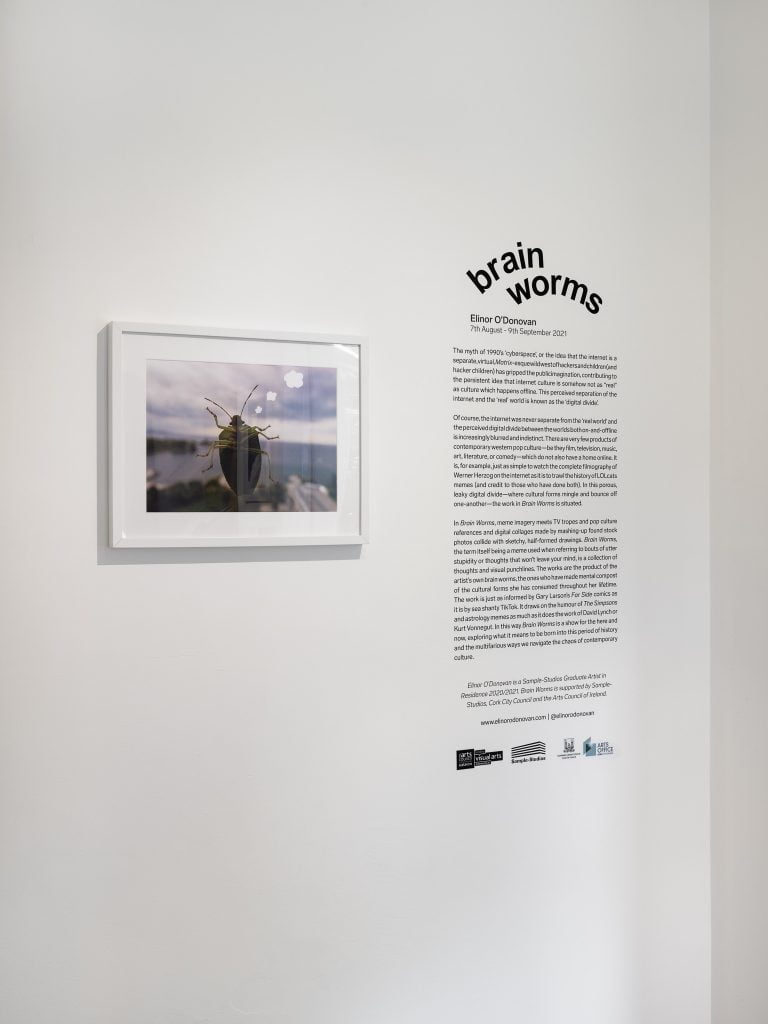 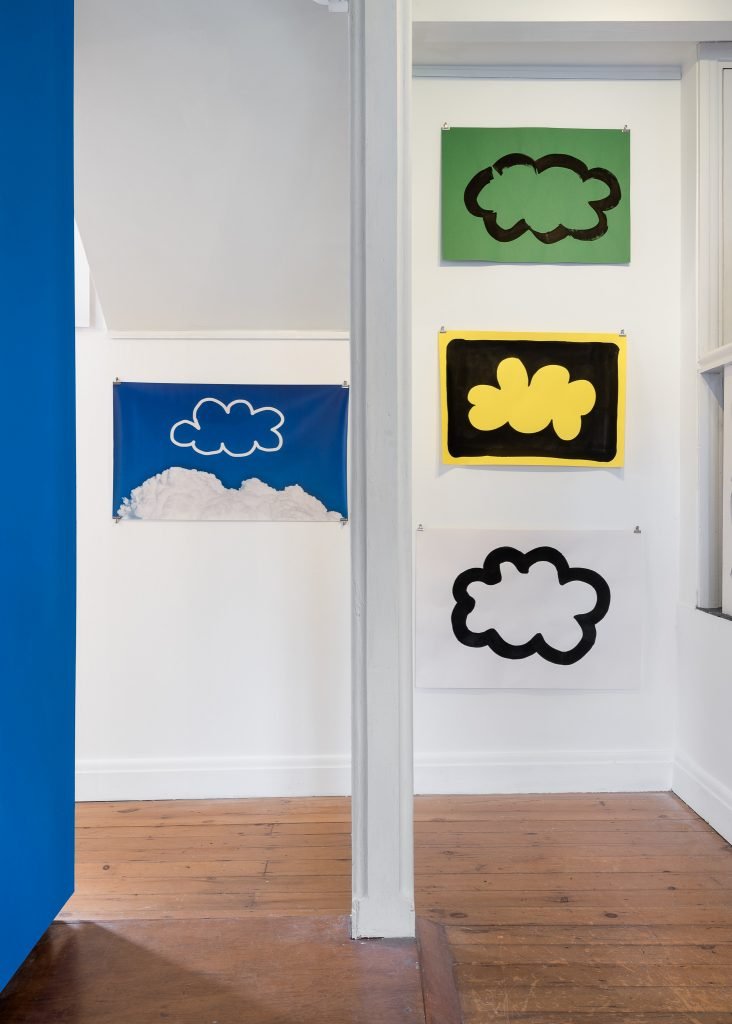 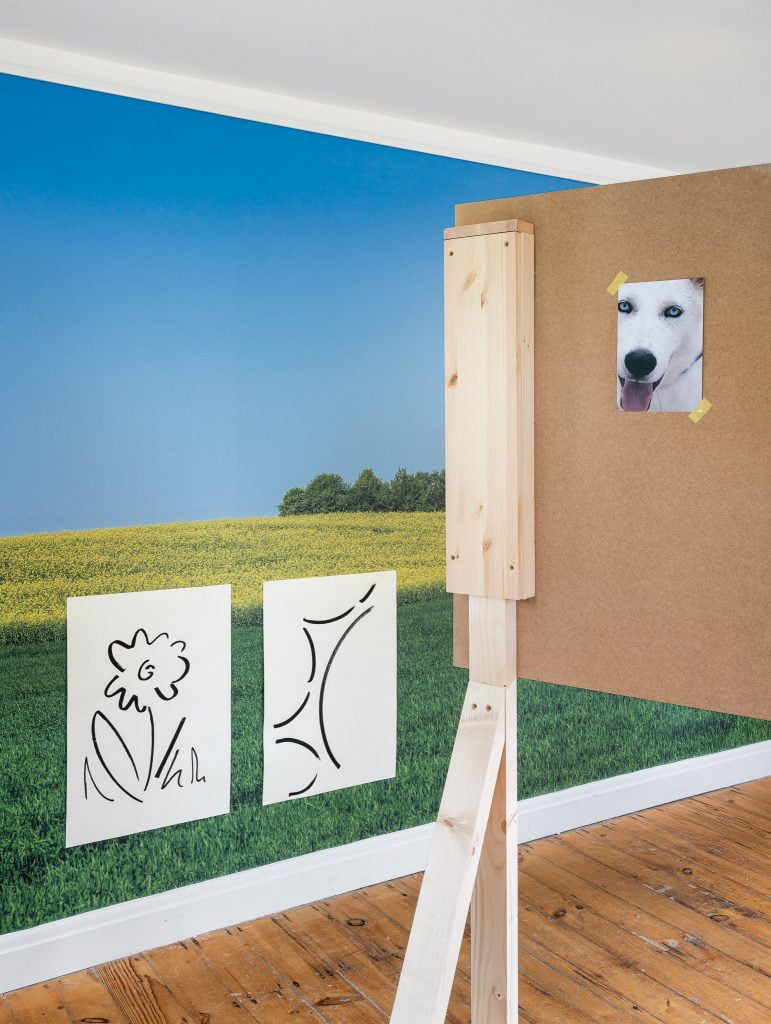 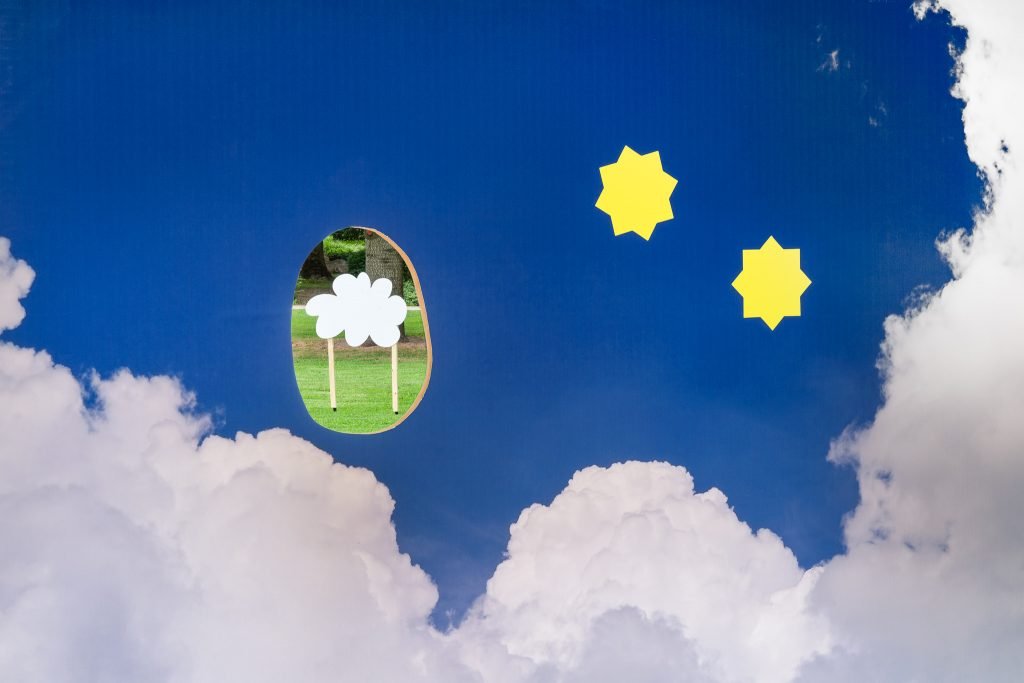 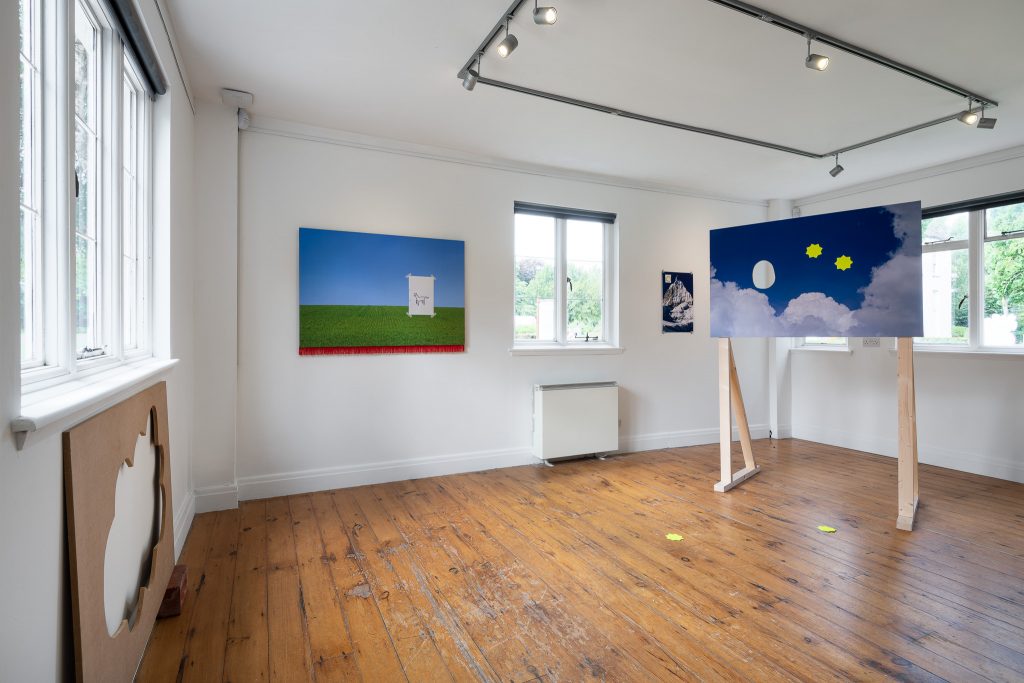 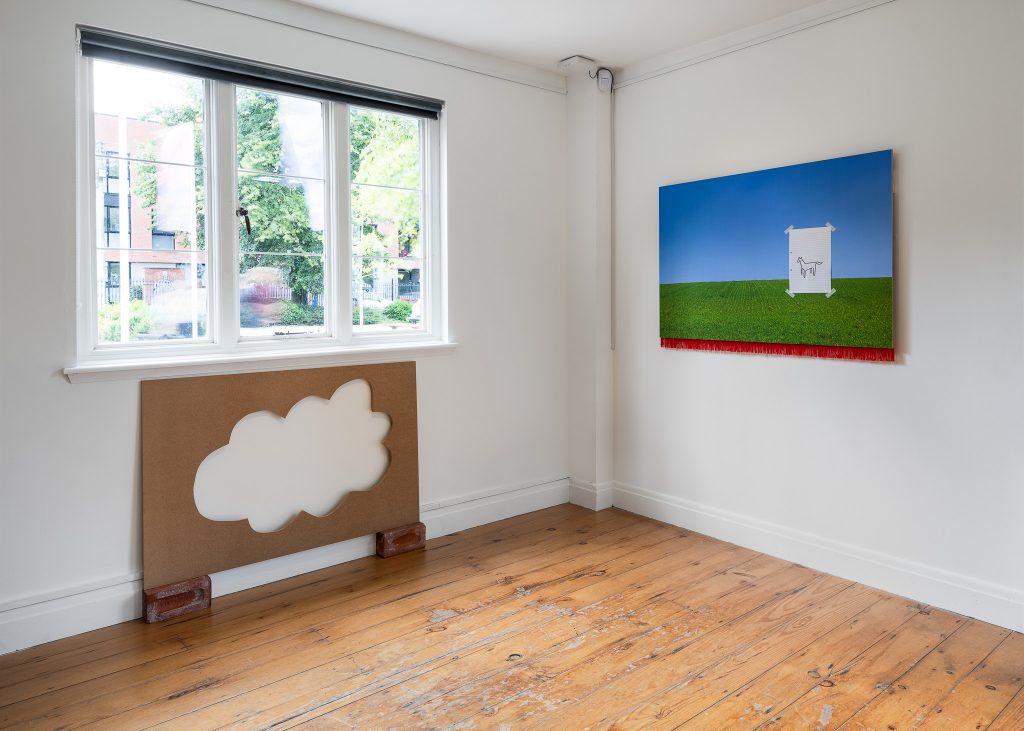 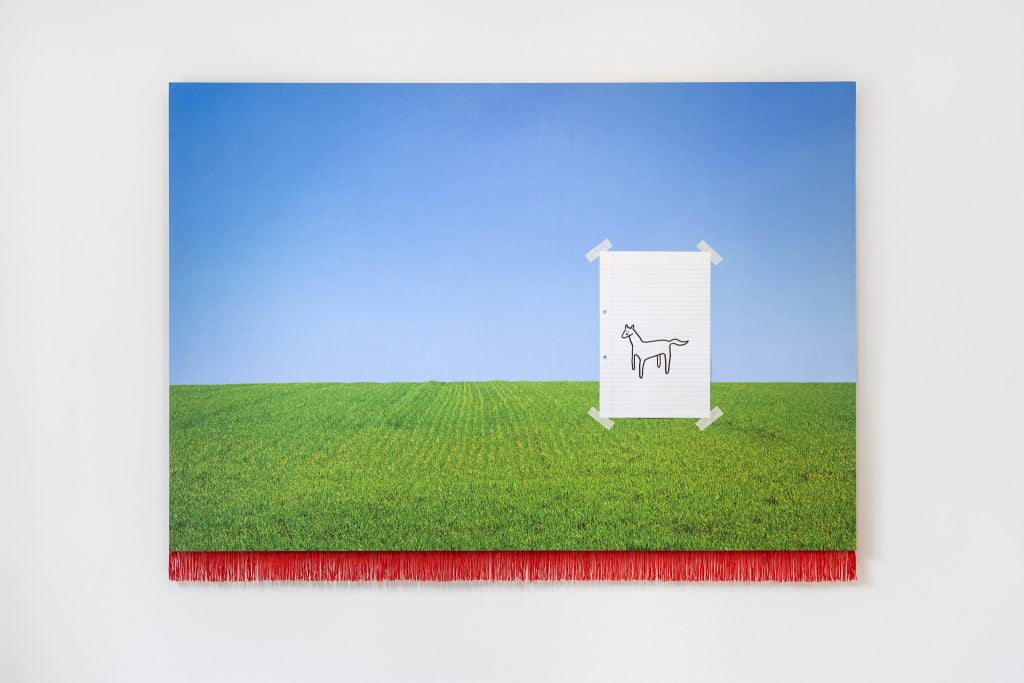 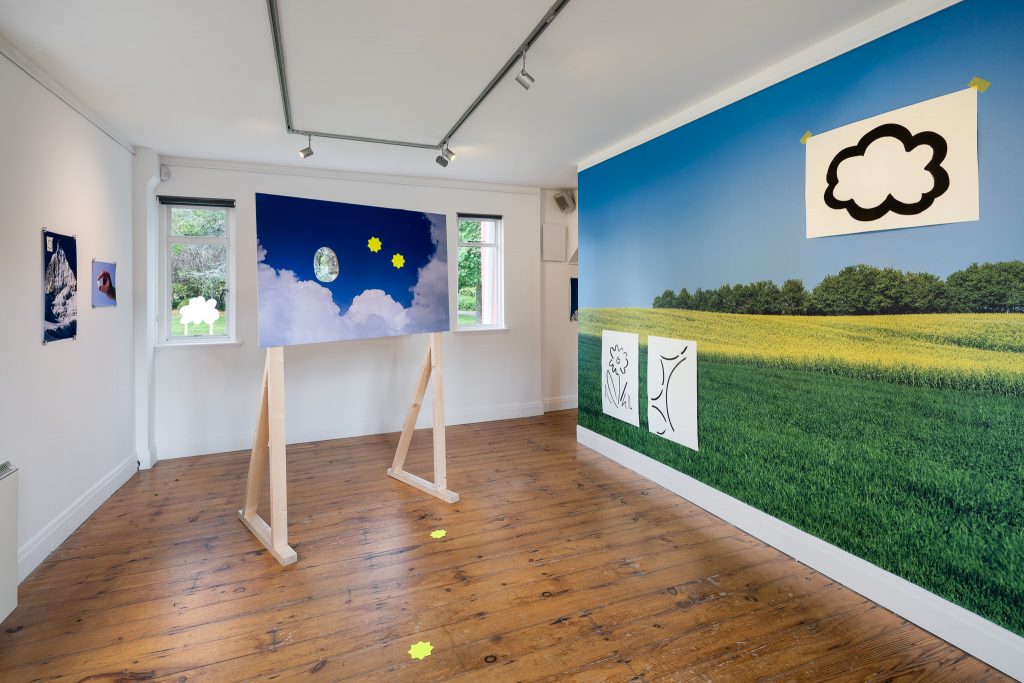 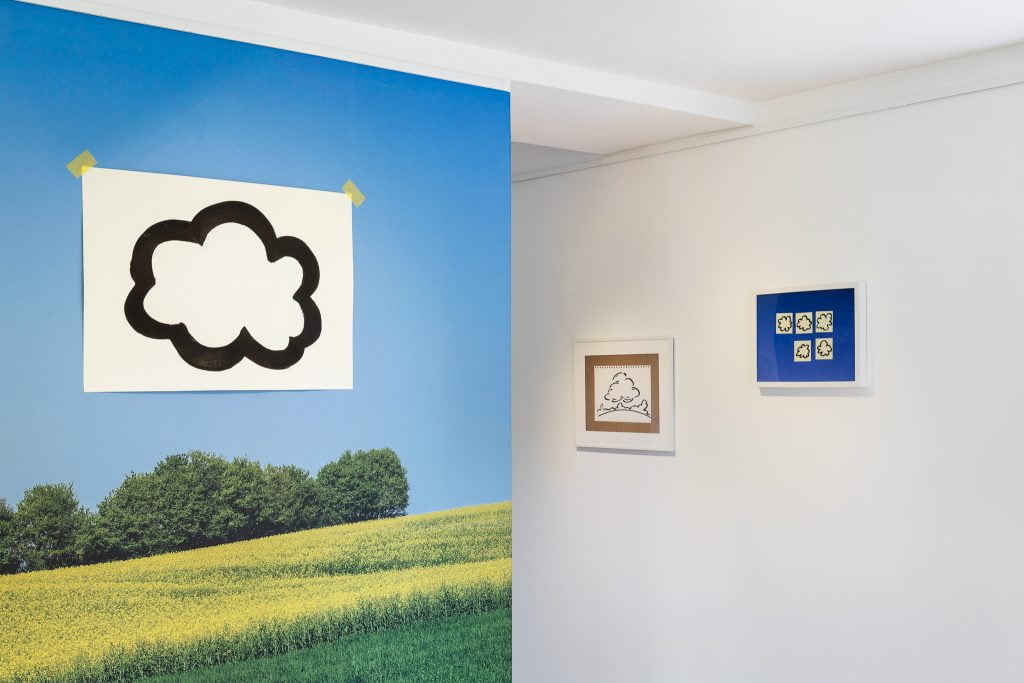 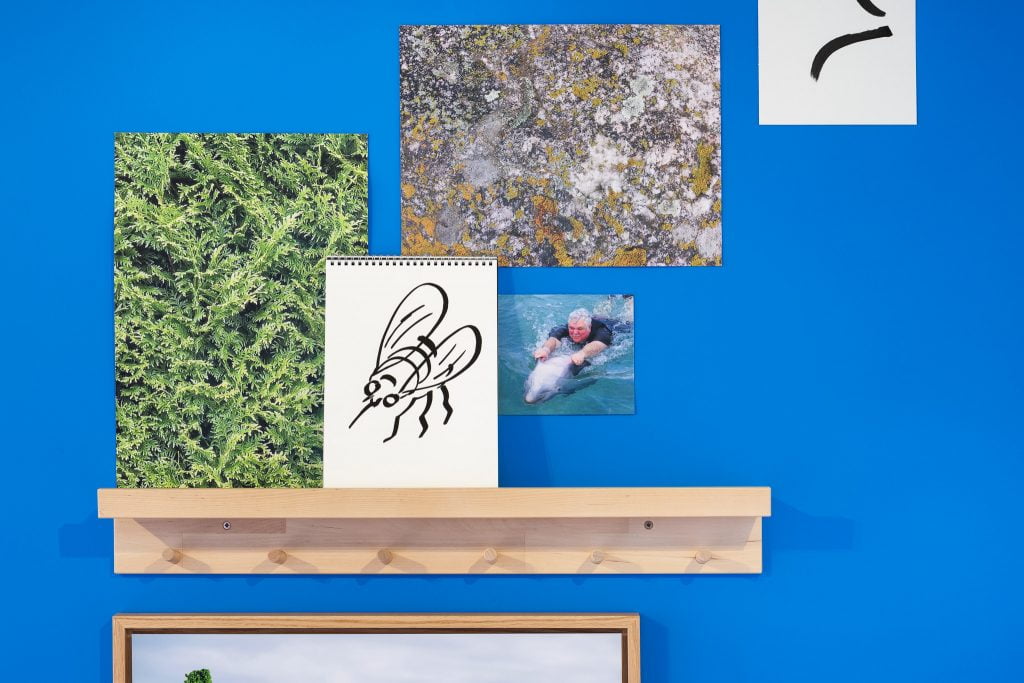