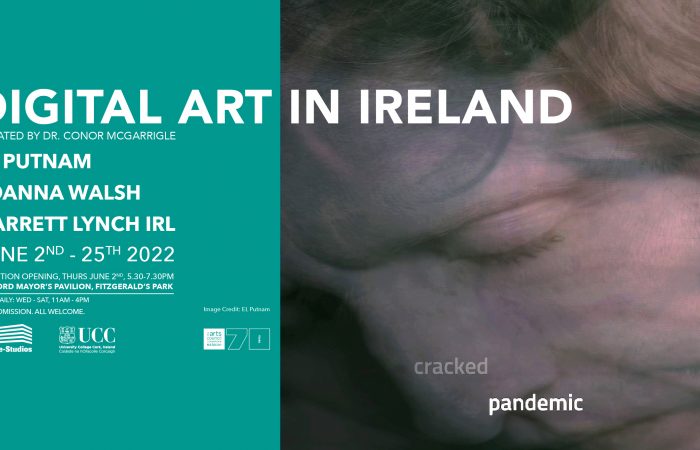 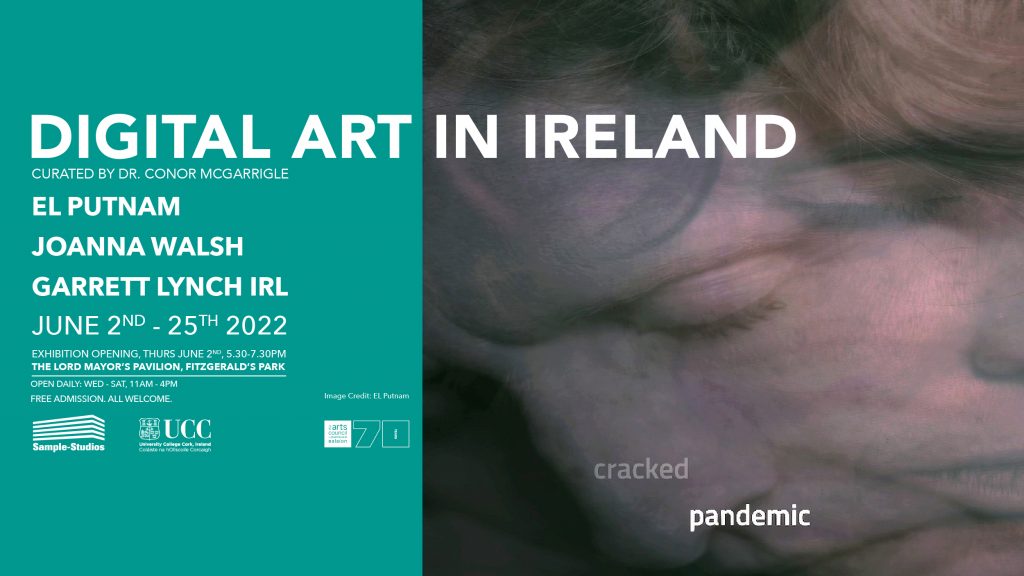 Conor McGarrigle is an artist and researcher working primarily with digital media. His practice is characterised by urban interventions mediated through digital technologies and data-driven explorations of networked social practices. He is a lecturer in Fine Art New Media at the TU Dublin School of Creative Arts and a Research Fellow of the Graduate School of Creative Arts and Media. He has exhibited extensively internationally including the Venice Biennale, Fundació Miro Mallorca, the Saint-Étienne Biennale, SITE Santa Fe and the Science Gallery.

Today the question of whether there is a digital art (in Ireland or elsewhere) takes on a new complexion. In the wake of the enforced digitality of the pandemic, our relationship with the affordances of digital technologies and their mediation of everyday life has changed. Questions of embodiment and virtuality, algorithmic governance and data extractivism, not to mention evolving ideas of machine intelligence, have moved into mainstream consciousness. Digital technology and its discontents, it seems, is all pervasive. In this changing context the notion of a digital art, in distinction to a non-digital art, seems moot. Nonetheless, despite this very pervasiveness, there is never more need for art to critically engage with digital technology. Digital art in this sense is an art of engagement; through critical questioning and creative misuse it reveals new aesthetic possibilities, it proposes alternative readings and through repurposing and creative misuse offers new modes of being digital.

The works in the exhibition are situated within a long tradition of generative art, a tradition that predates the digital but which has always interrogated the processes through which technologies are assimilated into our everyday life. El Putnam’s ‘Emergent’ begins with the body as data, both as site of extraction core to digital economies and as creative raw material that generates real time relationships between performative being in the world, algorithmic processing and the screen. Joanna Walsh’s ‘Miss-Communication’ trains an algorithm on the prison correspondence of revolutionary icon Constance Markievicz and the women of Máirín Johnston’s Dublin Belles to generate a new form of writing that brings its user in dialogue with the past mediated through cutting edge AI. An AI that nonetheless renders these historical voices as data amongst other data. Garret Lynch IRL echoes ‘Fluxus’ event scores with his performative media kits as cultural software, deployed on code repository Github, invoking the performativity of digital culture that acknowledges the commonality of art as algorithm, code and data.

Dr. EL Putnam is Lecturer in Digital Media at National University Ireland Galway where she is director of the MA in Digital Art, Design and Cultures. She is an artist-philosopher working predominately in performance art and digital technologies who exhibits regularly in Ireland, Europe and the United States. Recent publications of note include an affiliated issue of the International Journal of Performance Art and Digital Media, co-edited with Dr. Conor McGarrigle (June 2021), and the research monograph The Maternal, Digital Subjectivity, and the Aesthetics of Interruption (Bloomsbury 2022). She is a member of the Mobius Artists Group (Boston) and member of the International Association of Art Critics.

The body is the database of lived experience. Emergent is a generative media work that includes animations, sound compositions and live video processing, with some animations driven by data collected from a consumer fitness tracker worn since the start of the COVID-19 pandemic in 2020. As a portrait of experience of the COVID-19 pandemic through the data body (as both body of data and body producing data), Emergent engages with the memories of the flesh, becoming the impetus for aesthetic encounters through digital performance. Instead of focusing on the intended use of the fitness tracker as a technical object, Emergent draws attention to the gaps in data collection, goals not met and the capacity of physical activity to exceed sensory quantification and collection. Emergent has been developed with support from The Arts Council Agility Award.

With a PhD in Creative & Critical Writing, Joanna is the author of a number of books including Break.up, Vertigo, Hotel, Seed, Grow a Pair, Words from the World’s End, and My Life as a Godard Movie. Her most recent work Miss-Communication was supported by an Irish government Markievicz Award. May 2022 also sees publication of her next book, Girl Online. A User Manual.

Miss-Communication is a book of two halves. On each recto page, an AI text generated from the prison letters of Irish rebel politician and British aristocrat, Constance Markievicz, and interviews with 20th century Dublin women collected by Máirín Johnston in her 1988 book Dublin Belles. On each verso page, a choose-your-own-critical-theory adventure investigating language, autonomy, creativity and gender identity. Joanna Walsh has both programmed the AI and written the essay, but is she the author of either ‘work’?

I am Markievicz Mark 1, an AI trained on a dataset of the prison letters of Irish revolutionary politician, Constance Markievicz, and the words of the Dublin Belles, interviews with Dublin women collected by Máirín Johnston in 1988

A predictive textbot, I use words from the past to tell the future.

Ask me a question and I will answer you.

Garrett Lynch IRL is an artist, lecturer, curator and theorist. His work explores networks (in their most open sense) within an artistic context; the spaces between artist, artworks and audience as a means, site and context for artistic initiation, creation and discourse. Recently most active in performance Garrett’s networked practice spans online art, installation, performance and writing. Post-graduate of interactive research at the École Nationale Supérieure des Arts Décoratifs (EnsAD), Paris, France and PhD of networked art at South Bank University, London, England

Garrett has taught on several new media courses throughout England and Wales. He is currently Senior Associate Professor at Xi’an Jiaotong-Liverpool University in China. Details of his published research is available at Humanities Commons and Academia.edu.

A Haunting of Haunts is a series of media kits as guides that enable artists to reenact or create new performance art online. Each kit recreates in image and 3D formats the interior or confined site of a landmark performance to be employed by artists as a ‘virtual’ backdrop or space in almost any networked environment. The kits are distributed freely under a Creative Commons license through the code repository website GitHub to make them accessible to artists and encourage appropriation, remixing and interpretation in performance.

The work is a response to the lockdowns of the COVID-19 pandemic that started in 2020 and the new condition of creative practices occurring in confinement and without audiences. The kits provide a means of continuity in this context for performance by allowing artists to escape their confinement; to transpose themselves to other sites for performances, which are, in turn, viewed simultaneously by audiences from multiple sites. The title of A Haunting of Haunts refers to philosopher Jacques Derrida’s neologism hauntology, the haunting of our present by ideas but, in particular, social and cultural artefacts from the past. A Haunting of Haunts identifies that hauntology is, on the one hand, a strategy employed to escape not only the spaces of confinement but the time of confinement. It provides an escape into the past. While on the other hand, it impedes the development of performance online.

The use of three kits from A Haunting of Haunts are exhibited as an installation within the Art in Ireland exhibition. The free-standing sculptural work in the gallery consists of a fabric backdrop that refers to Alvin Lucier’s avant-garde sound performance I Am Sitting In A Room (1969). The backdrop scene is based on photographs by artist Mary Lucier that are created using the same process as Alvin Lucier in his performance and depicts the Lucier’s living room in the US, the assumed site of the sound performance. Visitors to the exhibition are invited to pose/perform in front of the backdrop and then share photos or videos on Twitter or Instagram with the hashtag #hauntingofhaunts.