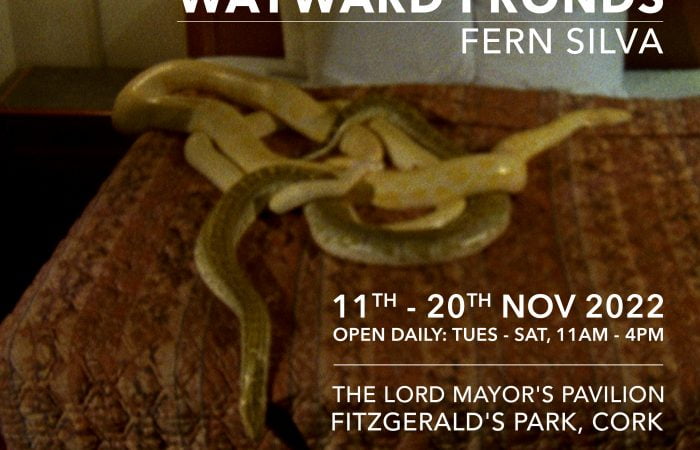 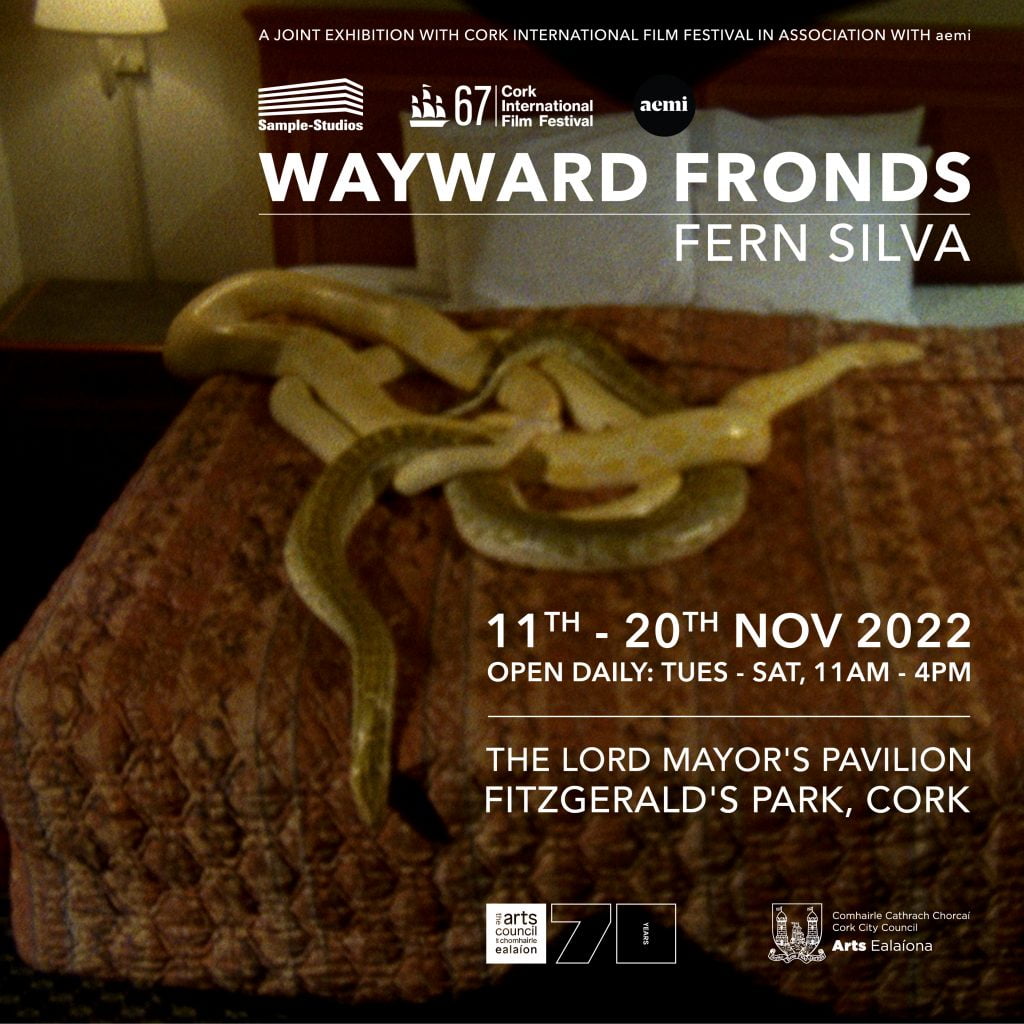 Wayward Fronds references a series of historical events that helped shape the Florida Everglades today, while fictionalizing its geological future and its effects on both native and exotic inhabitants. Guided by talks in the Florida legislature to finally disburse billions of dollars in restoration funds, events in this film unfold by giving way to a future eco-flourished Everglades. Nature begins to take over, en-gulfs and tames civilization after centuries of attack, and even guides it into its mysterious aqueous depths, forcing humans to adapt and evolve to its surroundings.

aemi’s ‘international artist in focus’ at the 67th Cork International Film Festival, is celebrated artist filmmaker Fern Silva. Over the course of the festival Fern will participate in several screenings, an exhibition, and a masterclass. For more info www.aemi.ie

Fern Silva is an artist who primarily works in 16mm. His films consider methods of narrative, ethnographic, and documentary filmmaking as the starting point for structural experimentation. He has created a body of film, video, and projection work that has been screened and performed at various festivals, galleries, museums, and cinematheques including the Toronto, Berlin, Locarno, Rotterdam, New York, London, and Hong Kong International Film Festivals

Fern Silva (1982, USA/Portugal) is a filmmaker who began his career as an editor and cinematographer in NYC. His early films were centered on his relationship to Portugal and have since expanded, underlining the influence of global industry on culture and the environment. For over a decade, his 16mm films have been screened widely in festivals, museums, and cinematheques including the New York, Toronto, Berlin, Locarno, Rotterdam, and Hong Kong International Film Festivals, MOMA, New Museum, Anthology Film Archive, and the Harvard Film Archive. They’ve been awarded prizes from the Ann Arbor Film Festival, 25FPS, Zinebi, and an Agora Award from the Thessaloniki International Film Festival. His work has been featured in publications including Cinema Scope, Film Comment, and the New York Times. He’s taught filmmaking at various institutions including the University of Illinois at Chicago, Bard College, and Bennington College and has received support from the Jerome Foundation, New York Foundation for the Arts, MacDowell, and the Radcliffe Institute for Advanced Study as well as the Film Study Center at Harvard University. He studied film at the Massachusetts College of Art and Bard College and is currently based in Greece and the US. https://fernsilva.com/

aemi is a Dublin-based initiative that supports and regularly exhibits moving image works by artists and experimental filmmakers. Since its formation in 2016 aemi’s key objective has been to provide support for artists working with the moving image in order to contribute to a developing infrastructure around these practices in Ireland. See  https://aemi.ie/

Cork International Film Festival is a local, national and international celebration of cinema, running annually in venues and online in November. Award-winning films from the international film festival circuit, new discoveries and cinema classics are selected by our experienced curatorial team, to be premiered in cinemas in Cork and screened online via the Festival Digital Platform, available to viewers nationwide. To read more about CIFF visit: https://www.corkfilmfest.org/