Elinor O’Donovan (b. 1995) is a digital media artist currently living and working in her home city of Cork. A self-professed “meme expert”, her work is typified by colourful digital collages and paintings, drawing inspiration from internet culture, cartoons, and video games.
In her work, she investigates methods of translating digital culture into the physical gallery space, playing with tropes of internet humour and meme image creation. She works from a pirated version of Photoshop on her ancient laptop, and often brings her work from this space into the gallery space in the form of large-format prints.
She studied Intermedia Art at Edinburgh College of Art, mentored by artists Monster Chetwynd, Keith Farquhar, and Susan Mowatt, graduating in 2019 with first class honours. While at university, she exhibited work in locations throughout Scotland. She has been awarded a residency with Sample Studios and expects to hold her first solo exhibition in Cork in 2021

Using digital media techniques, Elinor investigates aspects of internet culture such as meme humour, online subcultures, and stock photo aesthetics. She works largely with Photoshop, creating colourful digital collages and paintings.
Elinor’s collages draw from the logic (or lack thereof) in Google Images search results. For example, when one searches Google for an image, the search engine algorithm gives privilege to some images over others, endowing top search results with a hegemony of meaning. In other words; a stock image of an egg that Elinor downloads is just one variation of what an egg may look like, but it is given authority in saying “this is what an egg is” by being higher up in the search results on Google. The Google search engine algorithm is manmade, so with her work, Elinor wants us all to remember that the internet does shape reality, and the way we understand the world around us.
Her collages, then, depicts a semi-fictional version of the reality that is constructed by the internet. By stealing and remixing stock photos, or images from Google search results, Elinor takes tiny pieces of everyday life distorted by the lens of the internet and turns them into playful works of semi-fiction.

Elinor’s work is concerned with the translation of digital images into physical space. How does one retain a sense of digital-ness when dragging flat pixels into a lumpy world? Having grown up alongside the internet, Elinor argues that internet culture is everyday life and online spaces are just as ‘real’ as physical ones. It’s crucial to her that her work retains a sense of digital-ness, even to viewers who might not initially be familiar with the internet culture from which she draws. 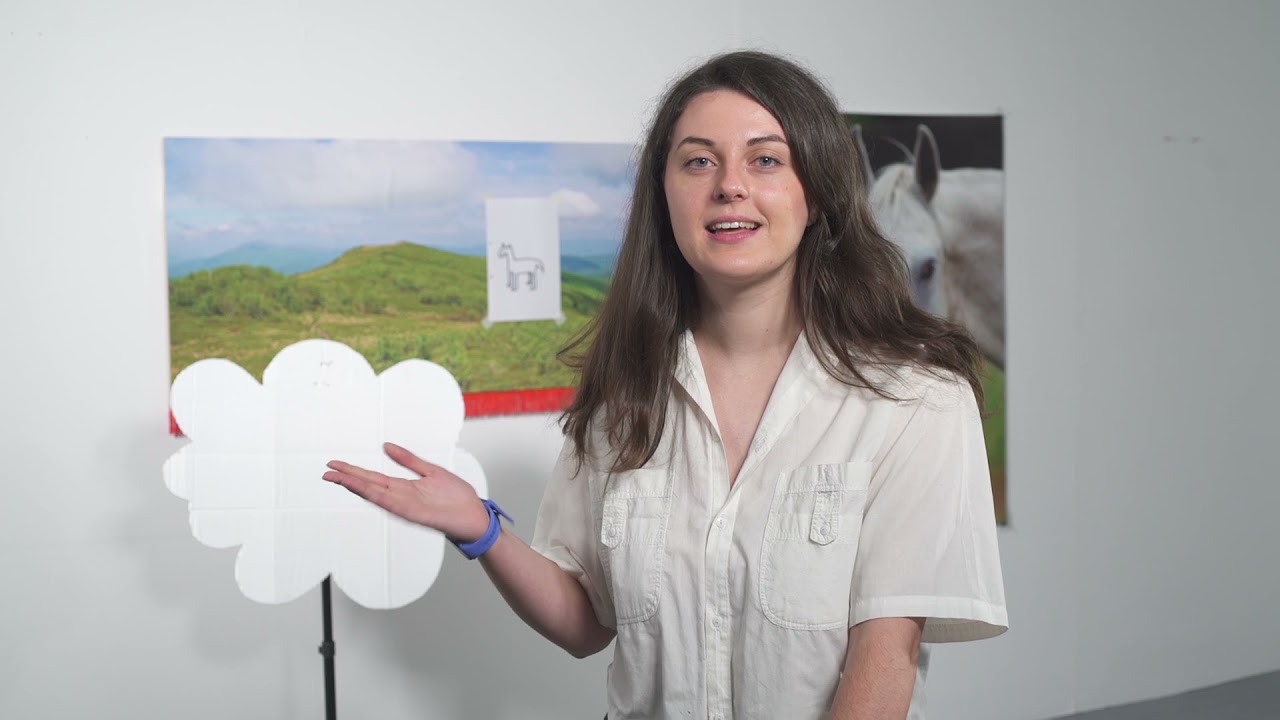