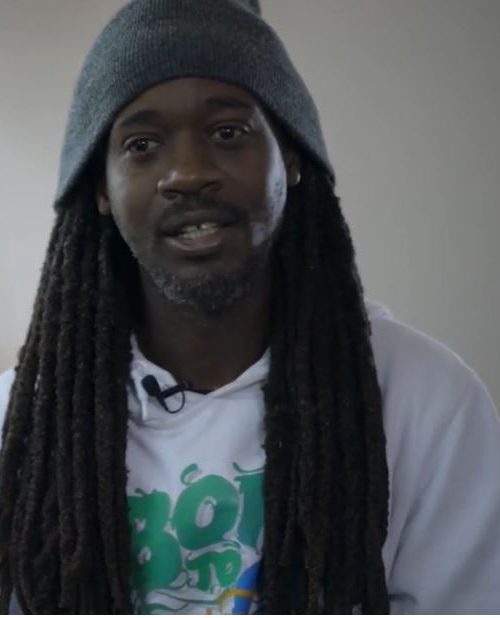 Jerome Jefferson Kiyemba is a recipient of the Radical Institute Studios of Sanctuary Residency, supported by Cork Arts Fund at The Community Foundation for Ireland.

Jerome is a filmmaker and music producer from East Africa, living in Ireland since 2008. Jerome’s art is centred around activism and raising awareness of critical social issues. Recent productions include ‘Cloud Above Me‘ which highlights the plight facing refugees globally and those spending extended periods in the Direct Provision System in Ireland, produced in collaboration with the Irish Refugee Council for World Refugee Day. His first film ‘Here We Are’ (2018) explored a similar theme of life in Direct Provision and was developed in collaboration with asylum seekers. The film particularly highlighted the loss of skillsets and talent for those interned for extended periods, awaiting their decision on their residency status, before they could share and contribute their talents to Irish society.

Jerome was the screenwriter and narrator in his most recent film collaboration, ‘System’ (2021) which was screened at IndieCork Film Festival 2021 and Galway Film Fleadh 2021. Jerome’s work has provided him the opportunity to work alongside some well known Irish filmmakers such as Frank Berry on his latest feature. He continues to build positive working relationships with communities who connect with him in his work. His upcoming film project aims to explore folk stories and superstitions that are seen throughout our different cultures, yet weaving shared unity globally.