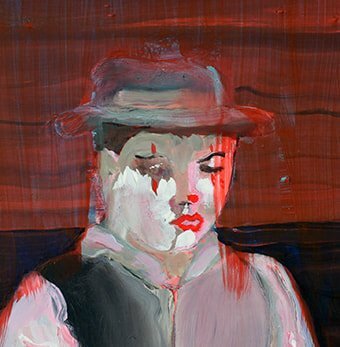 Joseph Heffernan b.1987 is an Irish artist based between Dublin and Cork. He received his BA Honours in Fine Art from the Crawford College of Art and Design in 2009 and later went on to study Painting as a Masters student at NCAD Dublin, which he completed in June 2016. He has exhibited widely in Ireland. Recent group shows include Borderland/Memento, Garter Lane Arts Centre, Waterford (2018) The Rag and Bone Shop of the Heart, Mayfield Arts Centre, Cork (2017) The End, SOMA Contemporary, Waterford (2016), We are all nonetheless under the influence of Gravity, NCAD Annex, Dublin (2015) and Between here and there, Pallas Projects, Dublin (2014). He is currently a member of Sample Studios, Cork and Catalyst Arts, Belfast.

Joseph Heffernan’s work deals with created spaces as they relate to the environment of the studio and is influenced by amongst other things Michel
Foucault’s concept of heterotopic spaces as outlined in his 1967 talk Of other space.
His work explores this idea through the lens of the studio as a sort of heterotopia, creating a cryptic narrative, which incorporates elements of Science Fiction, Commedia dell’arte and Mythology in a deceptively simple visual world. There is a theatrical dimension to this world, which is purposefully staged and ambiguous.
The characters in this world appear to be obsessed with a strange compulsion towards repetition that is playful yet also sinister, melancholic and contradictory. They seem to be driven by a sort of esoteric knowledge, which is used to explore themes of identity and absurdity while also being a self-reflective meditation on the ritualistic nature of painting itself. 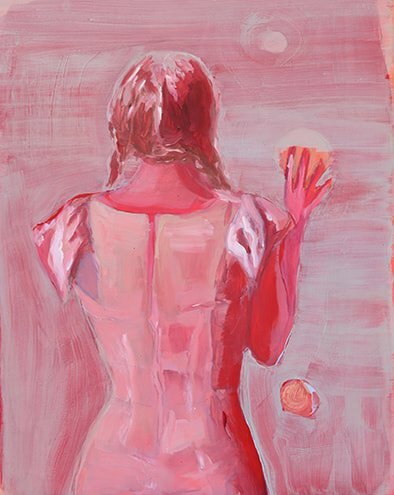 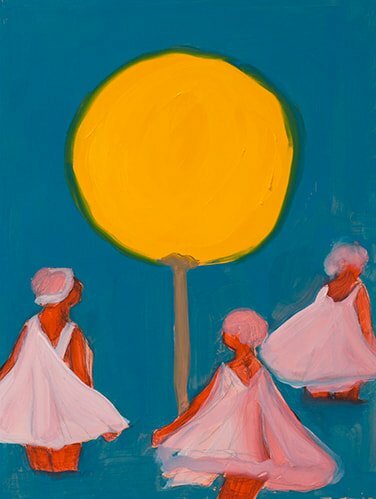