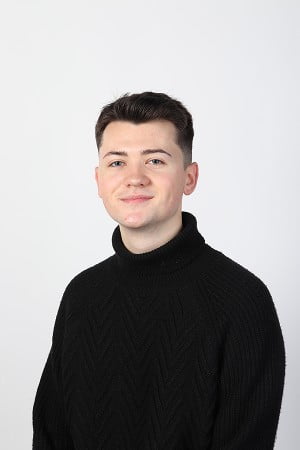 Padraic Barrett is an Irish visual and performance artist born in Kerry and now living and working in Cork. Barrett graduated from Crawford College of Art and Design with a BA in 2019 and an MA in 2021, with first class honours. Recent exhibitions include Confluence, The Lavit Gallery, Cork.

My practice has been primarily responsive to the imperceptible forces of surveillance capitalism and its role in the gradual deterioration of the human condition. By placing the naked male figure in a suspended and simulated space in time I allude to the activation of a state of heterotopia. Working and merging with performance, film and installation I focus on the impact of a bewildering and constantly changing political theatre. The inscriptive capitalist ideals that are scripted onto the body, as well as the various ways in which strategies of power are stage-crafted, signify a ceaseless search for the threshold between reflection and transformation.
Explorations of technological dispositifs and cognitive processes are probed to convey oppositional forces through a transcendent narrative that initiates a dialogue between sacrifice and rebirth, virtual and natural, the weighted and the invisible. Identification with shamanistic ritual gives me the scope to take on the role of the performer as avatar and facilitates an investigation
into the possibility of rebalancing the place of human beings within the natural world. 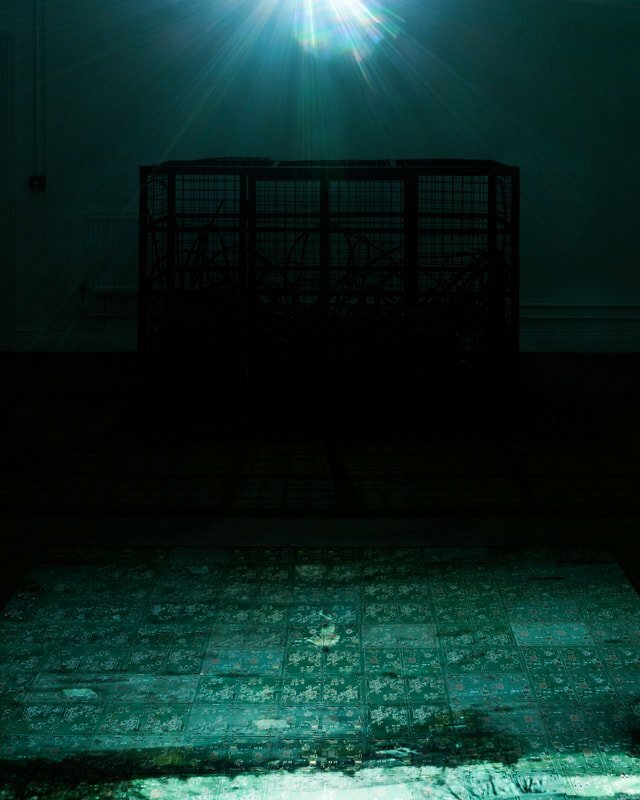 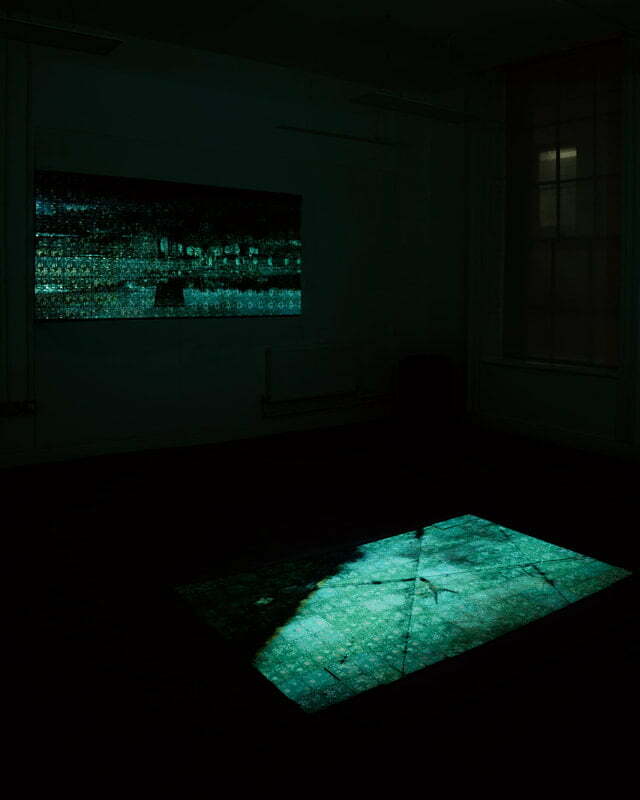